John Van Swearingen is featured in our Author Spotlight section. You can read his interview about his piece here.

Let us assume that Plato and Socrates were alive today, and they sat down together after an enlightening Bioethics class to discuss the topic of the day one-on-one. Ever the obstinate instructor, Socrates has committed himself to challenging Plato’s thoughts every step of the way…

END_OF_DOCUMENT_TOKEN_TO_BE_REPLACED

Sponsored by Rep. Virginia Foxx [R-NC-5], H.R. 1313, titled “Preserving Employee Wellness Programs Act”, allows employers to offer health insurance premium rebates to workers who take part in company wellness programs that may include submitting to “health risk assessments” through genetic testing. While H.R. 1313 does not require employees to enroll in such programs, it has received strong criticism by organizations such as the American Society of Human Genetics, American Academy of Pediatrics, AARP, and National Council on Disability due to its potential penalties for refusing genetic testing.

END_OF_DOCUMENT_TOKEN_TO_BE_REPLACED

By: Perrin B. Fourmy, Associate at Bell Nunnally & Martin LLP

A man with a badge and a walkie talkie was explaining to the lab coats and suits that they could come back inside.  It was just another false alarm.  Dr. Thompson had gotten used to these, but sometimes work had to be scrapped and started again because of the delays.  These interruptions were even more troublesome for researchers, but in recent months, his specific responsibilities had shifted more towards management.  He enjoyed his work less since leaving the lab, but that was the price he paid for success.  One of the prices, at least.

END_OF_DOCUMENT_TOKEN_TO_BE_REPLACED 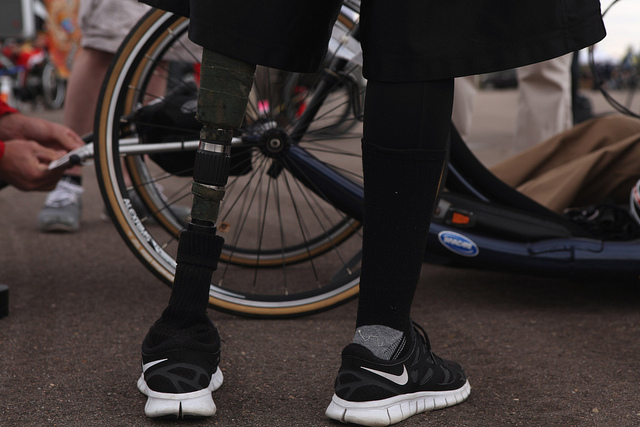 Louis Wooten hadn’t always been a jealous man.  He reflected on that fact as he sat, watching the steady trickle of foot traffic flowing through Jefferson Park.  It was a gorgeous May morning, the first after an abnormally chilly spring, and the locals were out in force.  One of the joggers huffed toward him, her lithe feet pounding a steady cadence in the crushed pea gravel.  Louis watched her as she passed, admiring how each step slid fluidly into the next.  Envy gnawed at him tentatively, but he pushed it away.  He wasn’t going to feel sorry for himself today.  He was here to make a decision, and he needed to clear his head. END_OF_DOCUMENT_TOKEN_TO_BE_REPLACED

By: Jacob B. Hansen, Associate at Kirkland & Ellis LLP

The following takes place in 2685, nearly five centuries after the Third Great War. Terms that may not be familiar to all readers are set in bold the first time they appear and are annotated in the Glossary which follows the story.